Antenna TV has struck a multi-year deal with Carson Entertainment Group to license hundreds of hours of the NBC late-night institution. Antenna will run episodes that aired from 1972 through the end of Carson’s 30-year reign in in 1992. Because NBC owns the rights to “The Tonight Show” moniker, Antenna TV’s episodes will be billed simply as “Johnny Carson.”

“This is not a clip show. This is full episodes of Johnny Carson, the man that everyone in late-night agrees was the greatest host of all time, airing in real time as he did back in the day,” Sean Compton, Tribune’s president of strategic programming and acquisitions, told Variety. “Tuning in to ‘The Tonight Show’ is like taking a walk down Main Street in Disneyland. The minute you step in there, you feel good and you know it’s a place you want to stay. We cannot wait to bring this show to fans who remember Carson and to a new generation of viewers who have never had the chance to see Johnny in his prime.”

Antenna’s showcase will mark the first time Carson-era “Tonight Show” episodes have aired on a nightly basis since the host signed off in May 1992. Carson stayed out of the spotlight after his retirement until his death at age 79 on Jan. 23, 2005.

“The Tonight Show” ran in a 90-minute format from the start of Carson’s run in 1962 until 1980, when it was trimmed to an hour. Antenna will air hour long episodes on weeknights and 90-minute installments on Saturday and Sunday at 10 p.m. ET/7 p.m. PT.

The scheduling of episodes will be carefully curated to run as themed weeks or months, as well as episodes that coincide with notable anniversaries, holidays and other milestones. Those could include everything from a week’s worth of “Tonight Show” debuts by future comedy superstars such as Jerry Seinfeld, Jay Leno, Ellen DeGeneres, Richard Pryor, David Letterman, Jim Carrey and Tim Allen to a month of Christmas episodes in December. Antenna’s “Tonight Show” run will begin with the New Year’s Day episode from 1982 featuring Eddie Murphy and “MASH” star McLean Stevenson.

“I think there’s a demographic out there that is really going to eat this up,” Sotzing told Variety. “The show will now be able to be seen by so many people who haven’t seen it before.” The deal involved nearly six months of negotiations with Hollywood’s talent guilds and the American Federation of Musicians. The talks were complicated because there’s not much precedent for residual fees for full-length reruns of a vintage variety show re-airing on a digital broadcast channel. A few weeks ago the deal almost fell apart over cost issues that seemed insurmountable, but Compton and his team kept hammering away until compromises were reached.

Tribune execs are determined to keep each episode as intact as possible — which means negotiating new agreements for the show’s many musical performances on an episode-by-episode basis, in most cases.

The full-length segs will re-introduce viewers to the show that cemented the template for the late-night talk-variety format, from the monologue to goofy banter with sidekicks to showcasing promising comedians. Carson also invented a host of characters over the years, including Carnac the Magnificent, Art Fern and Aunt Blabby, as well the leading the “Mighty Carson Art Players” sketches. Carson, Ed McMahon and bandleader Doc Severinsen were also famous for doing in-program commercials. Tribune’s sales department is looking to set up creative sponsorship deals piggybacking on those now-priceless integrations, Compton said.

Sadly, the first 10 years of Carson’s “Tonight Show” are lost to history, with only a handful of episodes that survive. When the “Tonight Show” made its historic move from New York to Burbank in 1972, Carson realized that NBC had no archive of his older episodes. From then on, Carson Entertainment invested in state-of-the-art archival technology to preserve his legacy — a focus that continues today.

The 1972-1992 episodes have been digitized and meticulously transcribed and catalogued. The master tapes are buried 600 feet below the earth in a salt mine in Hutchinson, Kan. There are multiple digital copies housed in safe locations as well, according to Sotzing.

“We continue to spend money to protect the library and make sure it’s a working library,” he said. With digital technology, “it’s amazing how we have gone from 50-pound two-inch videotapes to having hundreds of shows on a single (computer) drive.”

Carson was pleasantly surprised after his retirement that there was a home video market for older “Tonight Show” episodes. Sotzing said he has no doubt his uncle would be happy that his life’s work still had value to a modern TV network.

Launched in 2011, Antenna TV is carried on the multicast channels of broadcast TV stations around the country, including Tribune-owned stations in New York, Los Angeles, Chicago and other top markets. All told, Antenna at present is available in 102 TV markets reaching 78% of the nation’s television households. Antenna does not have broad SVOD rights to the “Tonight Show” episodes but will be able to make them available on a limited basis for authenticated streaming through MVPD partners.

Antenna’s schedule lineup at present is anchored by such evergreens as “All in the Family,” “Bewitched,” “Green Acres,” “Father Knows Best,” “The Partridge Family” and “Leave It to Beaver.” The investment in Carson’s “Tonight Show” library is a sign that Tribune is ready to raise the profile of Antenna TV. The channel is profitable even with a modest, older-skewing audience. The hope is that a combination of nostalgia and interest in the legend of Carson will drive broader sampling of the channel.

The “Tonight Show” project has been a labor of love for Compton, who has screened hundreds of episodes to prepare for assembling the themed packages. The plan is for Antenna to be nimble in programming episodes on short notice to respond to headlines and current events. 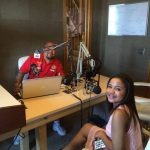